Updates about our premium vape juice in the UK.

More by this Author 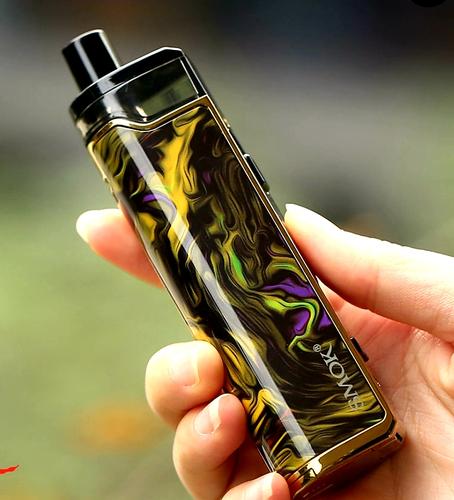 Continue reading for a timeline that shows you just what happens to your body when you make the switch from smoking to vaping:

8 hours after you quit smoking, your body will begin improving. In fact, within these first few hours is when the very first noticeable effect of no longer smoking is seen: the amount of oxygen in your blood will begin to return to normal levels, even if you’re already vaping.

This is possible because the vapour that’s produced by our electronic cigarette doesn’t contain any carbon monoxide, which is found in tobacco cigarettes. This gives your body the opportunity to begin detoxifying the carbon monoxide that you had inhaled so that you can enjoy a greater amount of oxygen in your blood, and this means you will feel better in many other ways as well.

Within 24 hours of quitting smoking and starting vaping, your body will have gotten rid of all of the residual carbon monoxide in your system. But your lungs, too, will begin to detoxify as they work on removing toxic debris and mucus that had accumulated while you were smoking.

After 48 hours have passed, your body will continue to thank you for switching to vaping and kicking your cigarette smoking habit. You will probably notice around this time that your sense of taste has improved, so foods and drinks will be even more enjoyable than they have been since you starting smoking. On top of that, your sense of smell will also become keener, so you will notice more fragrances that you were missing out on while you were smoking.

This is all possible because your body will be able to begin repairing the receptors within your mouth and your nose that had become damaged as a result of the toxins in the cigarettes you were smoking.

After all of the incredible improvements in your body over the course of 48 hours, it should come as no surprise that within three days your body will be even stronger still. Many people who switch to vaping will notice that, by this point in time, their breathing has already begun to show improvement.

Breathing is easier than it was while you were smoking because you are no longer exposing yourself to the tar that was clogging and irritating your bronchial tubes. As these tubes become relaxed and clear, former smokers notice their energy levels increase and breathing is less difficult.

If you stay away from tobacco cigarettes and continue vaping for 3 to 9 months, you should notice that wheezing, coughing and shallow breathing have reduced in severity or gone away.

Now let’s look at long-term effects of quitting smoking. In five years’ time, your risk of having a heart attack will have been reduced by about half. The longer you go without smoking, the lower your risk will become. And if you have been vaping, you need not worry because vapour produced by e-cigs doesn’t cause damage to your heart cells.

Within 10 years, your lung cancer risk will drop by about half of what it was while you were smoking. Again, this is because the e-cig vapour you are inhaling does not contain the carcinogens found in cigarette smoke. Your risk of heart attack is also reduced to roughly the same as that of someone who never smoked. And if you continue using nicotine-containing e-liquid, you can rest assured that the effects on nicotine on the heart are similar to those of caffeine.

The longer you steer clear of tobacco cigarettes, the more you will notice your health improve. Your body will thank you for quitting, as you will feel better overall and your risk for a variety of illnesses will be dramatically reduced. Plus, the people around you will no longer be exposed to the harmful smoke that you used to produce with your cigarettes.

Your E-mail has been sent. We will be in contact with you soon.

Please refresh the page and re-submit the form.

SORRY
Your content caused an error and your email has not been sent.
Please remove any unusual characters and try again